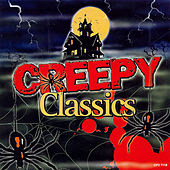 Are you looking for some creepy soundtracks for your Halloween activities?
Set the mood with some classics! Check my top 5 Halloween Hit Parade!
1) Toccata in D Minor
Bach’s “Toccata in D minor” is the quintessential Halloween theme, evoking images of Dracula, the Phantom of the Opera and other villains throughout time. Composed for the organ, this remains one of the best ways to greet trick-or-treaters at your doorstep.
2) Jaws - Main Titles and First Victim
Who doesn’t know what it sounds like to see a shark swimming towards you? From the movie Jaws, John Williams created what is perhaps the most famous of all movie themes. Listen to this and think twice before you step into the water…
3) Psycho - A Narrative for Orchestra
Step into the shower with music from Alfred Hitchcock’s Psycho. Mastering the art of tension, Bernard Herrmann composed a narrative that will keep you on the edge of your seat. After hearing this, you’ll never take a shower the same way again!
4) The Ride of The Valkyries
Set this track as your alarm and wake up on a flying magical horse, with singing women praising your very existence. Written by Richard Wagner, “The Ride of the Valkyries” was prominently featured in the famous film Apocalypse Now. This is the ultimate theme to take command of the night for any Halloween-er, young or old.
5) A Night on Bald Mountain
Spending A Night on Bald Mountain is surely no easy feat. Inhabited by pagan-worshipping witches, this track places on the peak and takes you through the perils of living with danger. You’ll be rescued by dawn and a new day, but only if you can survive that long…
To listen to the songs go to: http://creepyfunhalloween.com/
Posted by English Teaching Zone by Anaisa Cunha at 17:33 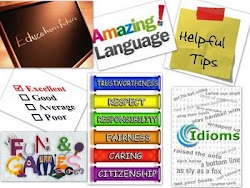